A whole lotta not much...

I was hoping since I joined in the Occupy Your Sewing Room movement, I'd be a little more productive with some of my ongoing projects.  And although I've spent a fair amount of time in my sewing room, I don't have a whole lot to show for it.


But I AM proud of what I have accomplished so far.
Last night I was able to finally finish a belated block for the Let's Bee Together swap.﻿ 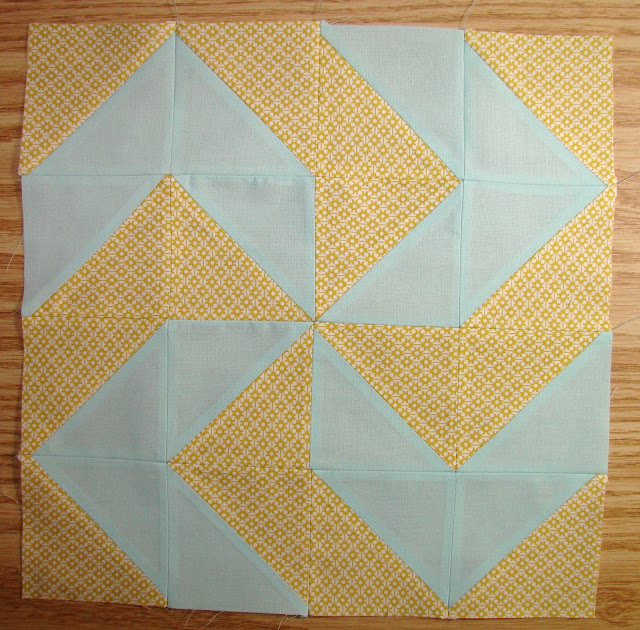 It is really late...supposed to have been put in the mail by November 25th.
But thankfully, Staci has already forgiven my tardiness!﻿
The block is called Fly Foot and it was super easy.

Partly because she sent us this paper called Triangles on a Roll
to use for making the half-square triangles. Have you tried this stuff?  I really liked it!
Anyway, she also requested we press all the seams OPEN, which I haven't done since I used to sew clothing when I was younger.  If felt kind of wierd and made it a little more difficult to match up seams, but it did make the block lay nice and flat... 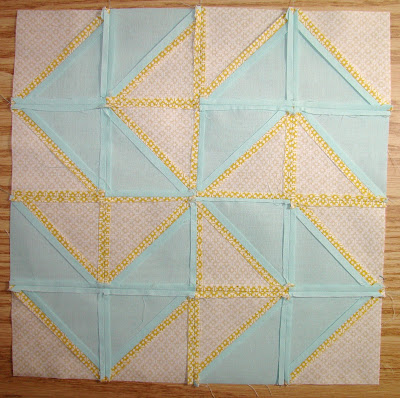 ...AND I thought the back turned out kinda cool that way!
Btw Staci, I even got it in the mail today so it should get to you soon.
So, it may not be a lot, but it IS something!
I kind of thought working from home might give me more time for my hobbies,
but that hasn't panned out so far.
But, although I haven't had much time to do any Christmas crafty sewing I've managed to squeeze in a bit of time to visit blogs and see what a lot of you have done. Lots of great ideas out there even though I may never get around to trying any of them! Maybe I'll see you around!
Til then, thanks for stopping by!

Oh, it is so pretty! Thank you so much for making this block for me! I am going to have the best bee quilt!

Wonderful block. Making the block for Staci was the first time I had used the Triangles on a Roll. Pressing the seams open was strange for me too as I had not done that in YEARS - lol!